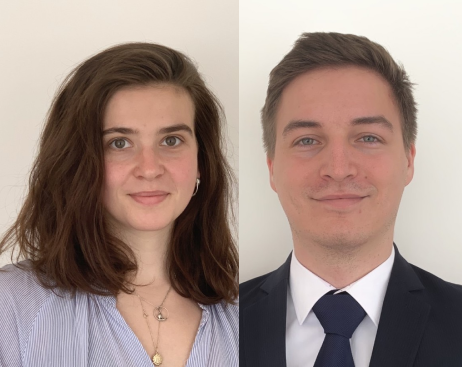 Barbora Machulková is our office manager. A former professional cyclist, she won the mountain biking championship and came in second place at the World Cup. She also proudly wore the jersey of the Czech national team. Now her smile will welcome you in our office.

Barbora graduated from the Masaryk Grammar School in Vsetín and travelled and worked in Europe for a year. She speaks fluent English and Spanish.

Martin Jonek is a Junior Associate focusing mainly on commercial and insolvency law. A graduate of the Faculty of Law of Masaryk University in Brno, he also studied at the University of Latvia, Riga, as part of the Erasmus + program.

Prior to joining DELTA legal, he worked for the Public Defender of Rights in Brno, where he oversaw communication with those who turned to this institution. While studying, he also gained experience in a law firm in Slovakia. He is a member of the Slovak section of DELTA legal.

If Martin were not a lawyer he would probably coach tennis, which is something he has done in the past. Overall, he is still a huge sports enthusiast.

Martin’s native language is Slovak. He is fluent in English and also speaks German.